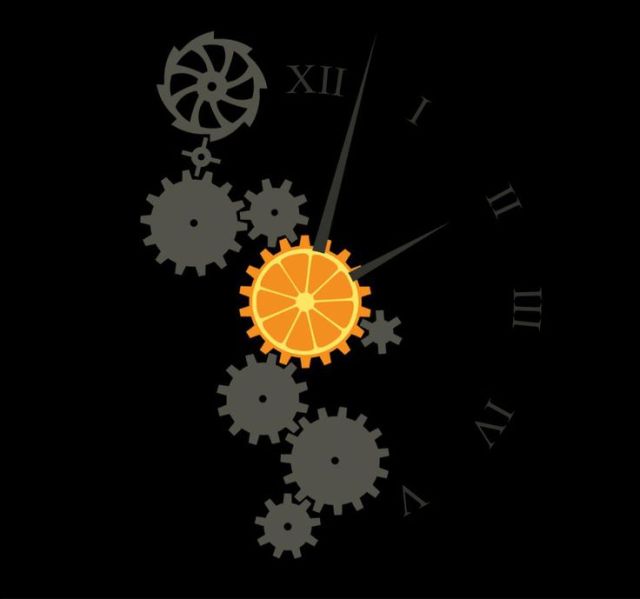 Sigmund Freud may be the most famous psychologist of the 20th century, but his legacy has nothing on that of B.F. Skinner. Step into your TARDIS or Delorean, travel back to 1950 and bring the then forty-six year old behaviorist to 2017, and much about our world would not only seem familiar to Skinner, he likely would realized how much his work had helped build it. Put a smartphone in his hand and let him play around for  awhile, then afterwards inform him that not only was the device not a toy, but that we were utterly dependent upon it, and the epiphany would no doubt come to him that all of us were now living in sort of globe-sized Skinner box.

Invented around 1930, an operant conditioning chamber, or a Skinner Box, is a cage in which an animal is trained via regular rewards and punishments to exhibit some targeted behavior. To Skinner it offered empirical demonstration that animals (including humans) lacked free will. For him and many of his fellow behaviorists, our sense of freedom, even consciousness itself, is an elaborate, psychological illusion. All of us are mere puppets of our environment.

Skinner wasn’t one for humility. He thought he had stumbled upon the true and final keys for controlling human behavior. Given this he felt the keys might fall into the wrong hands- communists, fascists, or advertisers for cola or face creams . In 1948 he published his utopian novel Walden Two (Thoreau would not have appreciate the homage). It depicted a “paradise” designed from above where only its architect was what we should recognize as free. It’s perhaps closer to the world we are living in than any of the dystopian-utopias written during the same period, even Orwell’s 1984 (also written in 1948), or Huxley’s Brave New World (1931).

The novel tells the story of a psychology professor Burris and a philosophy professor- Castle who along with a handful of Burris’ students, and their girlfriends, visit a utopian community named Walden Two established over a decade earlier by a colleague of Burris- T. E. Frazier.

The novel is all very 1940’s, filled with cigarettes and sexual innuendo, minus the sex. The book has the feel of Mad Men, and for someone who doesn’t believe in interiority, Skinner is surprisingly good as a novelist, even if predictably didactic.

In Walden Two you can find utopian tropes common since Plato invented the genre- the abolition of the family and at least some degree of equal property. What makes the book distinct and relevant to today is that Skinner’s novel imagines an entire society built around operant conditioning. It’s a society that shares some remarkable resemblances to our own.

Walden Two is a community where its inhabitants, gleefully “never have to go out of doors at all” (20 ). Designed on the basis of the maximally efficient use of space and time,  large-scale universally shared activities have been supplanted by the niche interests of individuals. Lack of mass interest in shared culture also translates into a lack of knowledge or involvement in areas of common responsibility and concern-  that is, politics.  Most people according to Frazier the utopia’s designer “want to be free of the responsibility of planning.” (154)

Walden Two’s efficiency has allowed it to reduce work hours to no more than four-hours per day. Housework has been commodified, and mass education replaced by individualized instruction that focuses on the student’s unique skills and interests. Mid-20th century sexual puritanism, especially for teenagers, has been supplanted by open sexuality and (writing twelve years before the introduction of oral contraceptives), biological parenthood (parenting itself being provided by the community) pushed back into ages ranging from the late teens to the early twenties.

Much of this readers will either find attractive or, seem more familiar to us in 2017 than it would to anyone in 1948. Yet it’s the darker side of Skinner’s vision that should concern us because he was perhaps even more prescient there.

Inhabitants of Walden Two still engage in the electoral politics of the outside world, they just do so at the direction of the community’s planners. The ultimate object is to spread their model from one city to the next- a kind of mondialist revolution.

In Walden Two it’s not merely that individuals have absconded political responsibility to experts out of lack of interest, it’s that they’ve surrendered all control over their environment to those who write and manage what Skinner calls the “Code” under which they live. An individual may lodge an objection to some particular aspect of the Code “…but in no case must he argue about the Code with the members at large.” (152)

Indeed, it’s not so much that the common individual is barred from challenging the Code that renders her essentially powerless in Walden Two it’s that the Code itself is deliberately obscured to those who live under it. As Frazier states it: “We deliberately conceal the planning and managerial machinery to further the same end.” (220)

Although Skinner justifies this opacity on the grounds that it promotes a sense of equality, in combining it with a deliberate inattention to history (justified on the same grounds) he ends up robbing the inhabitants of Walden Two of any alternative to the system under which they live, the very purpose that, as pointed out by the historian Yuval Harari, the study of history serves.

The purpose of Skinner’s Walden Two is to promote human happiness, but its design is one that, as his fictional stand-in Frazier openly admits, will only work if humans are no more free than a clockwork orange.

“My answer is simple enough”, said Frazier, “I deny that freedom exists at all. I must deny it- or my program would be absurd. You can’t have a science about a subject matter which hops capriciously about. Perhaps we can never prove that man isn’t free; it’s an assumption. But the increasing success of the science of behavior makes it more and more plausible. “ (257)

The world of Walden Two presents itself as one which is no longer concerned with the human-all-too-human desire for power. Yet the character who actually wields power in Walden, that is Frazier, is presented as almost manic in his sense of self- believing he has obtained the status of what in reality is an atrophied idea of God.

“Of course, I’m not indifferent to power! Frazier said hotly. “And I like to play God! Who wouldn’t under the circumstances? After all, man, even Jesus Christ thought he was God!” (281)

Perhaps Skinner’s real motive was sheer will to power masked by altruism, as it so often is.  Still, he gives some indication that his actual motivation was that the science his studies of pigeons and rats trapped in boxes, along with the susceptibility of “mass man” to propaganda as evidenced by the Nazis and the Soviets (along with liberal states at war), had proven human freedom a lie. Those in possession of even primitive versions of his science of human behavior were the true puppet masters capable of exercising control.  The future, for Skinner, if not populated by Waldens, would be dominated by totalitarian states or ad men.

Yet the powers offered by behaviorism ended up being much less potent than Skinner imagined, which is not to say, for limited purposes, that they didn’t work. Once totalitarian states passed from the scene the main proponents of behaviorism outside of psychology departments indeed did become ad men along with the politicians who came to copy their methods.

Manufactured behavioral addiction has become the modus operandi of late capitalism. As Natasha Dow Schüll points out in her book Addiction by Design about machine gambling, a huge amount of scientific research goes into designing machines, which optimize user addiction. Whole conferences are held to hawk these sophisticated slot machines while state revenue becomes ever more dependent on such predatory economics.

Now we all carry addictive by design machines in our pockets. Software is deliberately designed for the kinds of positive reinforcement Skinner would easily recognize.  It’s a world where everything is being gamified. As Adam Alter writes in his book Irresistible: The Rise of Addictive Technology and the Business of Keeping us Hooked:

A like on Facebook and Instagram strikes one of those notes, as does the reward of completing a World of Warcraft mission, or seeing one of your tweets shared by hundreds of Twitter users. The people who create and refine tech, games, and interactive experiences are very good at what they do. They run hundreds of tests with thousands of users to learn which tweaks works and which don’t- which background colors, fonts, and audio tones maximize engagement and  minimize frustration. As an experience evolves, it becomes an irresistible, weaponized version of what it once was. In 2004, Facebook was fun, in 2016, it’s addictive. (5)

We are the inheritors of a darker version of Skinner’s freedomless world- though by far not the darkest. Yet even should we get the beneficent paternalism contemporary Skinnerites- such as Richard Thaler and Cass R. Sunstein who wish to “nudge” us this -way -and-that, it would harm freedom not so much by proving that our decisions are indeed in large measure determined by our environment as from the fact that the shape of that environment would be in the hands of someone other than ourselves, individually and collectively.

The man who wrote the most powerful work against behaviorism ever written, A clockwork orange, Anthony Burgess wrote this about even behaviorism of  even the best kind:

One may take the principle of evil as applying in areas of conduct where the destruction of an organism is not intended. It is wrong to push drugs among children, but few would deny that it is also evil: the capacity of an organism for self-determination is being impaired. Maiming is evil. Acts of aggression are evil, though we are inclined to find mitigating factors in the hot spirit of revenge (“a kind of wild justice,” said Francis Bacon) or in the desire to protect others from expected, if not always fulfilled, acts of violence. We all hold in our imaginations or memories certain images of evil in which there is no breath of mitigation—four grinning youths torturing an animal, a gang rape, cold-blooded vandalism. It would seem that enforced conditioning of a mind, however good the social intention, has to be evil.

It’s an observation that remains true, and increasingly relevant, today.