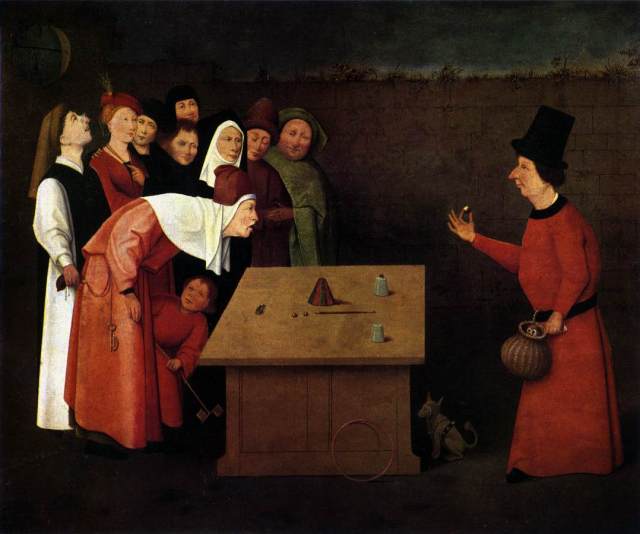 We are living in what is likely the golden age of deception. It would be difficult enough were we merely threatened with drowning in what James Gleick has called the flood of information, or were we doomed to roam blind through the corridors of Borges’ library of Babel, but the problem is actually much worse than that. Our dilemma is that the very instruments that once promised liberation via the power of universal access to all the world’s knowledge seem just as likely are being used to sow the seeds of conspiracy, to manipulate us and obscure the path to the truth.

Unlike what passes for politicians these days I won’t open with such a tirade only to walk away. Let me instead explain myself. You can trace the origins of our age of deception not only to the 2008 financial crisis but back much further to its very root. Even before the 1950’s elites believed they had the economic problem, and therefore the political instability that came with this problem, permanently licked. The solution was some measure of state intervention into the workings of capitalism.

These interventions ranged on a spectrum from the complete seizure and control of the economy by the state in communist countries, to regulation, social welfare and redistributive taxation in even the most solidly capitalist economies such as the United States. Here both the pro-business and pro-labor parties, despite the initial resistance of the former, ended up accepting the basic parameters of the welfare-state. Remember it was the Nixon administration that both created the EPA and flirted with the idea of a basic income.  By the early 1980’s with the rise of Reagan and Thatcher the hope that politics had become a realm of permanent consensus- Frederick Engel’s prophesied “administration of things”- collapsed in the face of inflation, economic stagnation and racial tensions.

The ideological groundwork for this neo-liberal revolution had, however, been laid as far back as 1945 when state and expert directed economics was at its height. It was in that year that Austrian economist Friedrich Hayek in a remarkable essay entitled The Use of Knowledge in Society pointed out that no central planner or director could ever be as wise as the collective perception and decision making of economic actors distributed across an entire economy.

At the risk of vastly over simplifying his argument, what Hayek was in essence pointing out was that markets provide an unrivaled form of continuous and distributed feedback. The “five year plans” of state run economies may or may not have been able to meet their production targets, but only the ultimate register of price can tell you whether any particular level of production is justified or not.

A spike in price is the consequence of an unanticipated demand and will send producers scrambling to meet in the moment it is encountered. The hubris behind rational planning is that it claims to be able to see through the uncertainty that lies at the heart of any economy, and that experts from 10 000 feet are someone more knowledgeable than the people on the ground who exist not in some abstract version of an economy built out of equations, but the real thing.

It was perhaps one of the first versions of the idea of the wisdom of crowds, and an argument for what we now understand as the advantages of evolutionary approaches over deliberate design. It was also perhaps one of the first arguments that what lies at the very core of an economy was not so much the exchange of goods as the exchange of information.

The problem with Hayek’s understanding of economics and information wasn’t that it failed to capture the inadequacies of state run economies, at least with the level of information technologies they possessed when he was writing, (a distinction I think important and hope to return in the future), but that it was true for only part of the economy- that dealing largely with the production and distribution of goods and not with the consumer economy that would take center stage after the Second World War.

Hayek’s idea that markets were better ways of conveying information than any kind of centralized direction worked well in a world of scarcity where the problem was an accurate gauge of supply vs demand for a given resource, yet it missed that the new era would be one of engineered scarcity where the key to economic survival was to convince consumers they had a “need” that they had not previously identified. Or as John Kenneth Galbraith put it in his 1958 book The Affluent Society we had:

… managed to transfer the sense of urgency in meeting consumer need that was once felt in a world where more production meant more food for the hungry, more clothing for the cold, and more houses for the homeless to a world where increased output satisfies the craving for more elegant automobiles, more exotic food, more elaborate entertainment- indeed for the entire modern range of sensuous, edifying, and lethal desires. (114-115).

Yet rather than seeing the economic problems of the 1970’s through this lens, that the difficulties we were experiencing were as much a matter of our expectations regarding what economic growth should look like and the measure of our success in having rid ourselves (in advanced countries) of the kinds of life threatening scarcity that had threatened all prior human generations, the US and Britain set off on the path prescribed by conservative economists such as Hayek and began to dismantle the hybrid market/state society that had been constructed after the Great Depression.

It was this revolt against state directed (or even just restrained) capitalism which was the neoliberal gospel that reigned almost everywhere after the fall of the Soviet Union, and to which the Clinton administration converted the Democratic party. The whole edifice came crashing down in 2008, since which we have become confused enough that demons long dormant  have come home to roost.

At least since the crisis, economists have taken a renewed interest in not only the irrational elements of human economic behavior, but how that irrationality has itself become a sort of saleable commodity. A good version of this is Robert J Shiller and George Akerlof’s recent Phishing for Phools: The Economics of Manipulation and Deception. In their short book the authors examine the myriad of ways all of us are “phished” – probed by con-artists looking for “phools” to take advantage of and manipulate.

The techniques have become increasingly sophisticated as psychologists have gotten a clearer handle on the typology of irrationality otherwise known as human nature. Gains in knowledge always come with tradeoffs:

“But theory of mind also has its downside. It also means we can figure out how to lure people into doing things that are in our interest, but not in theirs. As a result, many new ideas are not just technological. They are not ways to deliver good-for-you/good-for-me’s. They are, instead, new uses of the theory of mind,  regarding how to deliver good-for-me/bad-for-you’s.” (98)

This it seems would be the very opposite of a world dominated by non- zero sum games that were heralded in the 1990’s, rather it’s the construction of an entire society around the logic of the casino, where psychological knowledge is turned into a tool against consumers to make choices contrary to their own long term interest.

This type of manipulation, of course, has been the basis of our economies for quite sometime. What is different is the level of sophistication and resources being thrown at the problem of how to sustain human consumption in a world drowning in stuff. The solution has been to sell things that simply disappear after use- like experiences- which are made to take on the qualities of the ultimate version of such consumables,  namely addictive drugs.

It might seem strange, but the Internet hasn’t made achieving safety from this manipulation any easier. Part of the reason for this is something Shiller and Akerlof do not fully discuss- that much of the information resources used in our economies serve the purpose not so much of selling things consumers would be better off avoiding, let alone convey actual useful information, but in distorting the truth to the advantage of those doing the distorting.

This is a phenomenon for which Robert Proctor has coined the term agontology. It is essentially a form of dark epistemology whose knowledge consist in how to prevent others from obtaining the knowledge you wish to hide.

We live in an age too cultured for any barbarism such as book burning or direct censorship. Instead we have discovered alternative means of preventing the spread of information detrimental to our interests. The tobacco companies pioneered this. Outright denials of the health risks of smoking were replaced with the deliberate manufacture of doubt. Companies whose businesses models are threatened by any concerted efforts to address climate change have adopted similar methods.

Warfare itself, where the power of deception and disinformation was always better understood has woken up to its potential in the digital age: witness the information war still being waged by Russia in eastern Ukraine.

All this I think partly explains the strange rise of Trump. Ultimately, neoliberal policies failed to sustain rising living standards for the working and middle class- with incomes stagnant since the 1970’s. Perhaps this should have never been the goal in the first place.

At the same time we live in a media environment in which no one can be assumed to be telling the truth, in which everything is a sales pitch of one sort or another, and in which no institution’s narrative fails to be spun by its opponents into a conspiracy repackaged for maximum emotional effect. In an information ecosystem where trusted filters have failed, or are deemed irredeemably biased, and in which we are saturated by a flood of data so large it can never be processed, those who inspire the strongest emotions, even the emotion of revulsion, garner the only sustained attention. In such an atmosphere the fact that Trump is a deliberate showman whose pretense to authenticity is not that he is committed to core values, but that he is open about the very reality of his manipulations makes a disturbing kind of sense.

An age of dark epistemology will be ruled by those who can tap into the hidden parts of our nature, including the worst ones, for their own benefit, and will prey off the fact we no longer know what the truth is nor how we could find it even if we still believed in its existence. Donald Trump is the perfect character for it.