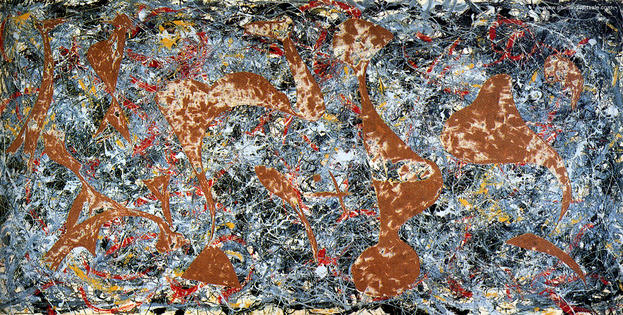 One of the more confusing characteristics of our age is how it trucks in contradiction. As a prime example: the internet is the most democratizing medium in the history of humankind giving each of us the capability to reach potentially billions with the mere stroke of a key. At the same time this communication landscape is one of unprecedented concentration dominated by a handful of companies such as Facebook ,Google, Twitter, and in China, Baidu.

For quite some time now I’ve been trying to figure out a way to wrap my head around this incongruity. A recent book called The Seventh Sense: Power, Fortune, and Survival in the Age of Networks by Joshua Cooper Ramo I think has taken me at least part of the way there.

Thinkers who focus on the internet tend to take an either utopian or dystopian track. Sometimes they even managed to combine both of these views by presenting the early history of the internet as a kind of Eden which was lost corporate to greed and the state’s insatiable hunger for power.

What makes Ramo’s argument interesting is that he transcends this division by claiming the internet’s seemingly contradictory tendencies to move towards both the diffusion and the concentration power are built into the nature of the internet as a network itself. Jaron Lanier has done something similar, and I myself, in part,  jumping off of Lanier, have also tried to make the point that the what appear to be rival panoptic or anarchic destinies of the internet are instead merely different sides of the same phenomena. What makes  Ramo’s case in The Seventh Sense different from either Lanier or myself is that he largely openly embraces the new order, connects its development to the science of networks, and tries to foresee the geopolitical implications of power moving in this direction.

We are far too deep into the age of ISIS beheading videos on YouTube and online mobs for the early utopian hopes for the internet continue to be plausible, and unless you are Parag Khanna, we are no longer so naive as to think that connection naturally bring with it understanding and compassion for the other. Ramo is no utopian either. Writing:

The simple, once- appealing idea that connection is liberation is wrong. To connect now is to be encased in a powerful and dynamic tension. (120)

Our current communications architecture makes diffuse networks of individuals who share a common goal possible- it is therefore a tool of enormous empowerment. Such networked powers, however, erode and undermine all established powers that have failed to reorganize themselves for the network age.

This pulling movement, the way that cores and distributions of power mercilessly jerk at certain once- essential structures and objects and people, explains a lot about our age, including the failure of institutions we once relied upon. Connection changes the nature of an object. That’s true for your doctor, your bank account, your army-  and for billions of people whose lives will soon alter irreversibly once they connect to markets to knowledge to the world. We have to ask just how many of the scaffolds humans erected, ones that were essential for Enlightenment- era advances, will now be pulled down. (121)

Though he doesn’t apply it, the case Ramo makes in The Seventh Sense is a good way to understand the rise of Trump and Trumpism. Trump has essentially leveraged Twitter and the media’s weakness for sensationalism to successfully pull off a coup of a major political party. He’s been able to do this because a large part of the American public no longer trusts once venerated institutions and elites, including the fact- checking role of the 4th estate itself.

At the same time networks flatten traditional power structures they are built on power laws that filter communications through only a handful of hyper-concentrated nodes. As Ramo puts it:

…. the massive data centers they built, they realized, are so large that they are nothing less than computers that are the size of massive buildings. Solar fields are their power supply; entire rivers are there cooling tubes. and they enable nothing less than Magic instant knowledge, connection to distant lands, a constant picture of what humanity knows. This is the growing, heroic scale of operations now. (73)

Another way in which Ramo might be said to explain the current Trumpian turn is his argument that we are moving from an era of openness to one of gates. That is, an increasing effort and desire to establish protocols and “walls”, although, not necessarily centered on the nation-state.  Indeed after the era of tearing down walls and globalization that followed the end of the Cold War we appear to be entering the golden age of wall building. Vulnerability in the age of networks leads to a desire not only to surveil, but to tightly control who can enter what Ramo calls a “gateland”  and under what circumstances. Yet the rising prominence of gatelands is less about the “revenge of geography” than a coming age of topology. In topology what matters less is physical proximity than the connection between points. Far-flung cities might be more connected to one another through financial and cultural connections than either are to their more geographically proximate hinterlands.

In an age of networks it is the plumbing that counts, and those who control the means of connection wield an enormous amount of power. And what makes this situation incredibly dangerous is that neither the public nor the political class understand these systems of connection, nor could they, which is not an argument the for  lack of intelligence of either. Rather, only a very narrow slice among the tech-elite understand these things. Ramo calls them the “New Elite”, and like Plato’s dream of philosopher kings, he sees a real danger that they might seize control, or we might surrender control to them, as our society becomes so increasingly complex to become incomprehensible.  Artificial intelligence is becoming the primary tool to deal with this incomprehensibility, most especially the flood of all types of data brought about by the networked world.

In the short to medium term Ramo sees a battle being waged between the old order and those who have developed the seventh sense, the ability to understand and navigate the world of networks, and those individuals and institutions that either cling to the old order or fail to master networks. These networks Ramo then envisions struggling between themselves with the last battle being one between the human network masters and the AI they have created and deployed to survive the age of networks.

For all its insight the seventh sense is not without its problems. Pegged as the heir to Henry Kissinger, Ramo argues for a globalist project that is ultimately untenable. He urges the US to use its historical legacy as the primary creator of today’s global networks to seek to create the world’s dominant gatelands.

Yet that ship has already sailed. It’s not only that other large countries, most importantly China, have already decided that they will establish their own gatelands, it is that the very mood of the US itself seems to be moving in the direction of much more circumscribed national gatelands. Ramo also exhibits a degree of technological determinism, and this very determinism blinds him from seeing that the future will be full of surprises, including the surprise of technologies we now believe inevitable never actually arriving.

One alternative future he did not explore is the return to dominance of centralized powers after they have mastered the age of networks, which is just one of the crazy futures that might be seen to exist in embryo in the current technological and social order. Still, even if Ramo failed to inspire me to develop a seventh sense, or even if I remain uncertain as to what such a sense even is, he did help me to see the present more clearly, which is the first step towards understanding the future.

3 comments on “A world ruled by networks”