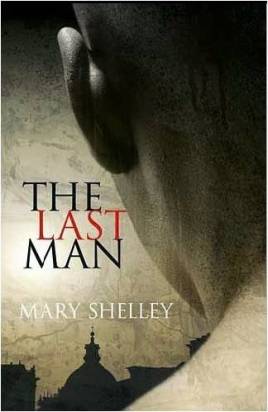 Back in the early 19th century a novel was written that tells the story of humanity’s downfall in the 21st century.  Our undoing was the consequence of a disease that originates in the developing world and radiates outward eventually spreading into North America, East Asia, and ultimately Europe. The disease proves unstoppable causing the collapse of civilization, our greatest cities becoming grave sites of ruin. For all the reader is left to know, not one human being survives the pandemic.

We best know the woman who wrote The Last Man in 1825 as the author of  Frankenstein, but it seems Mary Shelley had more than one dark tale up her sleeve. Yet, though the destruction wrought by disease in The Last Man is pessimistic to the extreme, we might learn some lessons from the novel that would prove helpful to understanding not only the very deadly, if less than absolute ruination, of the pandemic of the moment- Ebola- and even more regarding the dangers from super-pandemics more likely to emerge from within humanity than from what is a still quite dangerous nature herself.

The Last Man tells the story of son of a nobleman who had lost his fortune to gambling, Lionel Verney, who will become the sole remaining man on earth as humanity is destroyed by a plague in the 21st century. Do not read the novel hoping to get a glimpse of Shelley’s view of what our 21st century world would be like, for it looks almost exactly like the early 19th century, with people still getting around on horseback and little in the way of future technology.

My guess is that Shelley’s story is set in the “far future” in order to avoid any political heat for a novel in which England has become a republic. Surely, if she meant it to take place in a plausible 21st century, and had somehow missed the implications of the industrial revolution, there would at least have been some imagined political differences between that world and her own. The same Greco-Turkish conflict that raged in the 1820’s rages on in Shelley’s imagined 21st century with only changes in the borders of the war. Indeed, the novel is more of a reflection and critique on the Romantic movement, with Lord Byron making his appearance in the form of the character Lord Raymond, and Verney himself a not all that concealed version of Mary Shelley’s deceased husband Percy.

In The Last Man Shelley sets out to undermine all the myths of the Romantic movement, myths of the innocence of nature, the redemptive power of revolutionary politics and the transformative power of art. While of historical interests such debates offer us little in terms of the meaning of her story for us today. That meaning, I think,  can be found in the state of epidemiology, which on the very eve of Shelley’s story was about to undergo a revolution, a transformation that would occur in parallel with humanity’s assertion of general sovereignty over nature, the consequence of the scientific and industrial revolutions.

Reading The Last Man one needs to be carefully aware that Shelley has no idea of how disease actually works. In the 1820’s the leading theory of what caused diseases was the miasma theory, which held that they were caused by “bad air”. When Shelley wrote her story miasma theory was only beginning to be challenged by what we now call the “germ theory” of disease with the work of scientists such as Agostino Bassi. This despite the fact that we had known about microscopic organisms since the 1500s and their potential role in disease had been cited as early as 1546 by the Italian polymath Girolamo Fracastoro. Shelley’s characters thus do things that seem crazy in the light of germ theory; most especially, they make no effort to isolate the infected.

Well, some do. In The Last Man it is only the bad characters that try to run away or isolate themselves from the sick. The supremely tragic element in the novel is how what is most important to us, our small intimate circles, which we cling to despite everything, can be done away with by nature’s cruel shrug. Shelley’s tale is one of extreme pessimism not because it portrays the unraveling of human civilization, and turns our monuments into ruins, and eventually, dust, but because of how it portrays a world where everyone we love most dearly leave us almost overnight. The novel gives one an intimate portrait of what its like to watch one’s beloved family and friends vanish, a reality Mary Shelley was all too well acquainted with, having lost her husband and three children.

Here we can find the lesson we can take for the Ebola pandemic for the deaths we are witnessing today in west Africa are in a very real sense a measure of people’s humanity as if nature, perversely, set out to target those who are acting in a way that is most humane. For, absent modern medical infrastructure, the only ones left to care for the infected is the family of the sick themselves.

This is how is New York Times journalist Helene Cooper explained it to interviewer Terry Gross of Fresh Air:

COOPER: That’s the hardest thing, I think, about the disease is it does make pariahs out of the people who are sick. And it – you know, we’re telling the family people – the family members of people with Ebola to not try to help them or to make sure that they put on gloves. And, you know, that’s, you know, easier – I think that can be easier said than done. A lot of people are wearing gloves, but for a lot of people it’s really hard.

One of the things – two days after I got to Liberia, Thomas Eric Duncan sort of happened in the U.S. And, you know, I was getting all these questions from people in the U.S. about why did he, you know, help his neighbor? Why did he pick up that woman who was sick? Which is believed to be how we got it. And I set out trying to do this story about the whole touching thing because the whole culture of touching had gone away in Liberia, which was a difficult thing to understand. I knew the only way I could do that story was to talk to Ebola survivors because then you can ask people who actually contracted the disease because they touched somebody else, you know, why did you touch somebody? It’s not like you didn’t know that, you know, this was an Ebola – that, you know, you were putting yourself in danger. So why did you do it?

And in all the cases, the people I talked to there were, like, family members. There was this one woman, Patience, who contracted it from her daughter who – 2-year-old daughter, Rebecca – who had gotten it from a nanny. And Rebecca was crying, and she was vomiting and, you know, feverish, and her mom picked her up. When you’re seeing a familiar face that you love so much, it’s really, really hard to – I think it’s a physical – you have to physically – to physically restrain yourself from touching them is not as easy as we might think.

The thing we need to do to ensure naturally occurring pandemics such as Ebola cause the minimum of human suffering is to provide support for developing countries lacking the health infrastructure to respond to or avoid being the vectors for infectious diseases. We especially need to address the low number of doctors per capita found in some countries through, for example, providing doctor training programs. In a globalized world being our brother’s keeper is no longer just a matter of moral necessity, but helps preserve our own health as well.

A super-pandemic of the kind imagined by Mary Shelley, though, is an evolutionary near impossibility. It is highly unlikely that nature by itself would come up with a disease so devastating we will not be able to stop before it kills us in the billions. Having co-evolved with microscopic life some human being’s immune system, somewhere, anticipates even nature’s most devious tricks. We are also in the Anthropocene now, able to understand, anticipate, and respond to the deadliest games nature plays. Sadly, however, the 21st century could experience, as Shelley imagined, the world’s first super-pandemic only the source of such a disaster wouldn’t be nature- it would be us.

One might think I am referencing bio-terrorism, yet the disturbing thing is that the return address for any super-pandemic is just as likely to be stupid and irresponsible scientists as deliberate bioterrorism. Such is the indication from what happened in 2011 when the Dutch scientist Ron Fouchier deliberately turned the H5N1 bird flu into a form that could potentially spread human-to-human. As reported by Laurie Garrett:

Fouchier told the scientists in Malta that his Dutch group, funded by the U.S. National Institutes of Health, had “mutated the hell out of H5N1,” turning the bird flu into something that could infect ferrets (laboratory stand-ins for human beings). And then, Fouchier continued, he had done “something really, really stupid,” swabbing the noses of the infected ferrets and using the gathered viruses to infect another round of animals, repeating the process until he had a form of H5N1 that could spread through the air from one mammal to another.

Genetic research has become so cheap and easy that what once required national labs and huge budgets to do something nature would have great difficulty achieving through evolutionary means can now be done by run-of-the-mill scientists in simple laboratories, or even by high school students. The danger here is that scientists will create something so novel that  evolution has not prepared any of us for, and that through stupidity and lack of oversight it will escape from the lab and spread through human populations.

News of the crazy Dutch experiments with H5N1 was followed by revelations of mind bogglingly lax safety procedures around pandemic diseases at federal laboratories where smallpox virus had been forgotten in a storage area and pathogens were passed around in Ziploc bags.

The U.S. government, at least, has woken up to the danger imposing a moratorium on such research until their true risks and rewards can be understood and better safety standards established. This has already, and will necessarily, negatively impact potentially beneficial research. Yet what else, one might ask should the government do given the potential risks? What will ultimately be needed is an international treaty to monitor, regulate, and sometimes even ban certain kinds of research on pandemic diseases.

In terms of all the existential risks facing humanity in the 21st century, man-made super-pandemics are the one with the shortest path between reality and nightmare. The risk from runaway super-intelligence remains theoretical, based upon hypothetical technology that, for all we know, may never exist. The danger of runaway global warming is real, but we are unlikely to feel the full impact this century. Meanwhile, the technologies to create a super-pandemic in large part already here with the key uncertainty being how we might control such a dangerous potential if, as current trends suggest, the ability to manipulate and design organisms at the genetic level continues to both increase and democratize. Strangely enough, Mary Shelley’s warning in her Frankenstein about the dangers of science used for the wrong purposes has the greatest likelihood of coming in the form of her Last Man.

5 comments on “Mary Shelley’s other horror story; Lessons for Super-pandemics”

Leave a Reply to Auguries of Immortality, Malthus and the Verge « Utopia or Dystopia Cancel reply