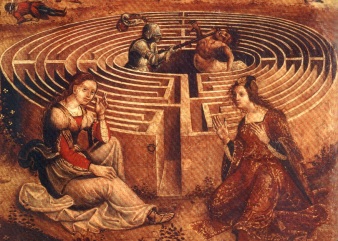 Any good work of dystopian literature has a number of hurdles to cross.  By far, the biggest of these hurdles is that the work needs to provide its readers with a survivor’s and rebel’s guide to any version of the dystopian world projected in that work. Anyone who has read and taken seriously, for instance, Orwell’ 1984 will be forever on the lookout for anything that smacks of totalitarian surveillance or an over intrusive state. The phrase “big brother” is a protective meme, a warning sign that would hopefully prevent the public from blithely accepting the expansion of the power to survey or control the lives of individuals.

If the Hunger Games Trilogy ultimately provides us with just such a survivor’s and rebel’s guide, as in the case of Orwell’s work, it will only be shown over time. What is clear now is that these books, and the movie that has grown out of them, have without doubt proven enormously popular, which must somehow reflect the underlying anxieties of our society. A good question to ask, then, is what exactly the anxieties the trilogy reflects might be?

The story of the first book, which is the only one dealt with here, is essentially an updtaed version of the myth of Theseus.  The tale is set in some not far off post-American dystopia, called Panem, where the children of the twelve districts of which the state is composed are forced to kill one another for the entertainment of an aloof and decadent elite based in a city west of the Rockies known as the Capitol. This yearly event is called the Hunger Games. The event is part Olympics and part Oscars and is viewed universally throughout Panem either by desire or compulsion.  Only one of the children can ultimately come out of the games alive.

The first book is the story of  Katniss Evergreen, a sixteen year old girl from District 12, what is now West Virginia- a skilled hunter and survivalist.  She forms a partnership with a boy from the same district- Peeta Mellark. Together both of them are able to survive the Hunger Games on account of their skill and romance which stops the game when they both agree to commit suicide rather than kill one another.

Almost everything is fine in moderation, but clearly, the book reflects some of the anxieties surrounding our crossing a dangerous threshold with our, violence, gambling, sexuality, and celebrity/transparency obsessed culture. Suzanne Collins herself stated that the idea for the story originated with her watching “reality” television juxtaposed with footage from the Iraq War. She is trying to hold up a mirror to our own society. We shouldn’t like what we see.

There is nothing inherently wrong with sports, which represent one of the heights of drama and undoubtedly are among the forms of human excellence. There are ways, however, in which this passion for sports can go horribly wrong such as when fanatics from Penn State rioted over the firing of their idol Joe Paterno for doing nothing about the rape of at least one young boy by assistant coach Jerry Sandusky. This was a more violent reaction than that to any political event, ever, at that school, and revealed a kind of morally blinding tribalism under seemingly innocuous slogans such as “We Are, Penn State”! -the battle cry of the university’s superb football team.

There are also ways in which, especially professional sports, clearly resemble the games at the Roman Coliseum, and the Hunger Games.  Kids from poor “districts”, many of them black, see a career as “gladiators” as one of the few valid paths out of a world of poverty. It is certainly the case that we are more humane than the Romans- we do not allow our gladiators to kill one another.  But make no mistake, the most violent of our sports can be crippling, and the types of sports that garner the attention of the masses are increasingly more violent

At least our society does not condone death as a form of entertainment.  Scratch that. Our society does not condone real death as a form of entertainment.  Fake murder, however, is one of the most thriving businesses in an otherwise stagnant economy.  The first person shooter game Call of Duty has 40 million players, more people than all of the people in Iraq, and had the biggest release of any video game in history with 400 million in revenue.

In the Hunger Games gambling is the passion of the elites of the Capitol who place bets on who will ultimately win the games. In our society, gambling, given one excludes the stock market, is largely limited to the poor, another one of the few conceivable roads out of poverty.  In the United States the poor spend roughly 9% of their income on lottery tickets an insidious invisible tax on the most vulnerable in society.  Those in the middle class with more money to spend are more apt to waste their money in a modern day dystopia like Las Vegas or at one of the gambling islands states have thrown up to counter balance declining revenues from the rich and middle class alike.

The book shines a light most severely at our culture of celebrity. As others have pointed out, show like America Idol, are like an updated form of the cults of human sacrifice. We are obsessed with the rise, and much more so the fall, of the artificial demi-gods we have created- think the slow destruction of a person such as Lindsay Lohan who goes through the Christian cycle of fall and redemption.

While in the arena of the Hunger Games no privacy is possible, everything the characters do is observed and televised resulting in the need to fake emotions in order to obtain benefits from “sponsors” watching the games. The result is actual confusion regarding the most private of feelings and suspicion regarding the feelings of others as everything is put on display and is meant to serve a utilitarian social purpose. Does Katniss really have feelings for Peeta or are her actions merely for the benefit of the audience? What are Peeta’s true feelings for Katniss? One wonders what effects social media such as FaceBook are having on the internal emotional lives of their users as the social value of their own emotions and thoughts is subject to constant scrutiny and feedback. All of us have become celebrities in our own constructed dramas.

The people of the districts themselves were once constantly watched by the mocking-jay- a genetically engineered spying bird. This is certainly poetic, and has a deeper literary significance for Collins’ plot, but the sad reality is that all any dystopian government would need to do to obtain full-spectrum surveillance of its people would be to reestablish FaceBook and Google and demand full access to their records.

The Hunger Games, with its fast paced style, and the thrilling narrative of the struggle between Katniss and her allies and the brutal “Careerers” who have spent their childhoods training to kill at the games, indeed, reads like the one is watching a television show such as Survivor, where Collins got the inspiration for her novel.  We become caught up in the very type of spell Collins hopes to free us from. Whether or not that was intentional on Collins’ part I do not know, but one weakness, at least with the first book in the trilogy, is that I found myself no more armed against the society of spectacle than I was before I opened the book- perhaps even less so.   In that sense the first book fails to provide the sort of survivor’s and rebel’s guide to be hoped for.

One can wish the remaining works in the trilogy live up to the high standard set by the genius creators of dystopias past, and provide us with the tools to combat dystopias of the future, though undoubtedly; Collins has given us insight into the dystopian aspects of the present.